With many workplaces offering a range of employee benefits, why should you consider East Riding of Yorkshire Council as your employer of choice?

We value our employees and want to be able to offer benefits that really make a difference. Whether you’re a new employee or have years of service behind you, we want to reward you for choosing us.

'Flexible working’ - a working pattern adapted to suit your needs.

What is flexible working?

The council are committed to ensuring services are delivered in the most efficient and customer-focused way, whilst providing opportunities for employees to work more flexibly.

We recognise that flexible working offers real benefits in support of our workforce and in the delivery of effective, efficient and value for money services.

Flexible working options provide the opportunity for flexibility in relation to the time during which employees are required to work their contractual hours, and number of hours they work, subject to the requirements of the individuals jobs and services.

Flexi-time allows employees a degree of choice about when they work their contracted hours. As long as they agree this with their manager in advance, they can vary their start and finish times within a set time of 7.30am to 6.00pm.

Please note: Flexi-time arrangements are made in line with the requirements of the service and may not be appropriate for all service areas.

Job sharing is a contractual arrangement, with a working pattern where two or more people share the responsibilities and benefits of one full-time position.

Please note: Not all jobs will be suitable for job sharing. Job share arrangements are made in line with the requirements of the service and may not be appropriate for all service areas. They may also be dependent on the council being able to fill the remaining hours of the post.

Compressed working hours give employees on full-time contracts the opportunity to work their contracted hours over a shorter number of days than the standard working week. The policy allows for a ‘9-day fortnight’.

Part-time work is when an employee works fewer hours per week than a standard full-time contract.

Please note: Not all posts will be suitable for part-time working and all requests will be considered carefully by the manager in line with the needs of the service.

A variation in hours gives employees the opportunity to request an increase or decrease to the total number of hours they work on a daily, weekly or monthly basis.

Please note: Not all posts will be suitable to allow for a variation in hours, and all requests will be considered carefully by the manager in line with the needs of the service. Hours can not be increased to more than full time hours and any decrease may be subject to the council being able to fill the remaining hours of the post.

Special leave allows an employee to deal with personal issues at short notice and/or emergency situations where requests for time off cannot be planned and do not fall under other Council policies.

The council is eager to support extended breaks from work in the interest of retaining the valuable skills and knowledge of its staff in the longer term.

Please note: Any career break will be without pay and for an agreed period of time up to one year.

The council offers a generous entitlement for maternity, paternity and adoption leave which is greater than the statutory minimum subject to eligibility.

Eligible employees may also be entitled to shared parental leave subject to eligibility.

Employees are able to take up to three days' paid leave in a 12-month period to attend assessment and training prior to being approved as a foster carer.

Up to one further paid day will be provided to attend a fostering panel. This will be pro-rata for part-time employees.

Eligible employees responsible for the upbringing of a child are entitled to take up to 18 weeks unpaid leave for the purpose of caring for the child subject to qualifying service.

Leave is to be taken in one-week blocks unless the child is disabled when individual days can be taken.

Eligible employees who are members of the Local Government Pension Scheme (LGPS) and age 55 years or over, are eligible to request to take flexible retirement and access their pension, by reducing their hours or taking a lower pay grade.

Term-time working is when an employee works during school term times and does not work during school holidays. The employee receives a pro-rata salary, but this is paid all year round in equal installments.

Please note: Not all posts will be suitable for term-time only working and all requests will be considered carefully by the manager in line with the needs of the service.

Time off for public duties

You can apply to have time off work to undertake certain public duties, some of which will be on a paid basis, others unpaid. Example of public duties include jury service, election work and retained fire fighters.

Time off for medical and dental appointments

Reasonable time off is allowed to attend appointments such as doctors, hospital and dentists.

The council offers a generous annual leave entitlement that varies dependent upon your pay grade and length of service.

Annual leave at the council is calculated in hours which allows for more flexibility for employees when they take leave. The annual leave year runs from the 1 April to the 31 March.

For most employees, where there is not an operational requirement to work during this period, the two extra statutory days and the concessionary day will be taken between Christmas and the New Year to enable a Christmas Closedown.

Membership of the Local Government Pension Scheme is a valuable benefit of working for the council. It provides benefits for you and your family both now and in retirement.

The scheme provides you with a secure future income, independent of share prices and stock market fluctuations.

It also provides protection for you in the event of redundancy or ill health and for your family in terms of survivor benefits.

Take a look at all the benefits of the pension, who can join and how much it costs to enrol.

When you join us you’ll see that we’re committed to continuous professional development for all of our staff.

Our learning and development programmes are designed to enable employees and managers to easily access a range of resources.

You can apply for a training loan which allows you to undertake vocational training courses, which although not immediately essential or related to your present job could be demonstrated as adding future value to the provision of council’s services.

Time off for exams and study

You can apply for time off for study and exams to improve your job performance.

We work hard to make sure every staff member feels healthy, happy and supported at work.

The Wellbeing Health Cash plan, is a low cost plan, provided by BHSF that pays you cash towards your everyday healthcare costs, such as dental check-ups and treatment, eyesight tests, new glasses and contact lenses, diagnostic health consultations, health screening and therapy treatments such as physiotherapy, osteopathy, chiropractic treatment, chiropody, homeopathy and acupuncture.

You can also claim cash if you have a baby, plus other benefits.

If you’re unable to work due to sickness you will receive sick pay greater than the statutory minimum. Entitlement is dependent on length of service and qualifying criteria.

Eligible employees can take advantage of our Specsavers eyecare voucher scheme. If you use a computer for a significant part of your working day you can have your eyes tested every two years and the council will pay. If spectacles are needed the council will contribute towards that too.

A confidential Employee Assistance Programme (EAP) is open to all council employees, 24/7.

You can speak in confidence to an accredited counsellor for advice and info. This confidential telephone helpline and online portal can help support employees with a range of issues, including:

You and your family can access leisure membership at East Riding leisure centres for just £25 per person, per month.

This gives you unlimited access to Tone Zones, exercise classes, daytime squash and badminton and swimming.

We offer two types of mindfulness courses, both of which consist of eight weekly sessions of 2.5 hours each.

Each of these are run at Beverley, Bridlington and Goole once a year and are held in the daytime during office hours.

‘Reading Well’ is a national scheme that provides access to accredited self-help books, with a core focus on mental health and wellbeing.

These sets of books are in the common areas at County Hall in Beverley, Council Offices in Goole and Bridlington Town Hall. You are welcome to browse them, take them briefly and then if you like what you see, get on long-term loan from the library.

A new digital platform has been created to host a wealth of support, advice and free resources for informal carers in the East Riding who need access to information that is relevant to their situation.

Find out more at Digital resources for carers.

Our range of loans and salary sacrifice schemes help you travel for less.

The cycle to work scheme allows you to obtain a new bike through ‘salary sacrifice’; a monthly deduction from your salary. You can save at least 32% on the cost of a new bike by using this scheme.

Virtually any of the main makes/models of bike from our partnered bike retailer can be accessed under the scheme up to a value of £3000.

Please note: savings are made by reducing your tax and national insurance contributions which may affect your pension. Advice will be given at the time of applying.

This allows you to access a brand new, fully insured and maintained car, with no deposit.

Instead, a fixed amount comes out of your salary each month.

Please note: savings are made by reducing your tax and national insurance contributions which may affect your pension. Advice will be given at the time of applying.

Eligible employees who undertake a minimum of 5000 paid business miles each year can apply for a lease car.

If you’re aged over 18 years and live or work in a rural area you could be eligible to apply for a scooter, moped or e-bike for up to a year to help you get to work.

Find out more about kickstart.

If you are serving, or have served in HM Armed Forces, the Armed Forces Covenant is a promise by the nation to make sure you and your family, as part of the Armed Forces community, are treated fairly when you access services, and do not face discrimination compared to other citizens. Special consideration is appropriate in some cases, especially for those who have given most, such as the injured and the bereaved.

We have been granted the silver award as part of the Employer Recognition Scheme for the Armed Forces Covenant.

About the Armed Forces Covenant 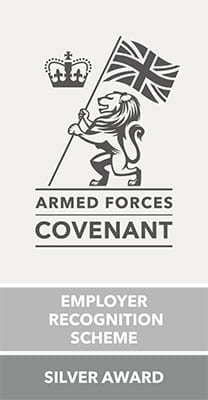 Shop & Save is the council's staff discount scheme.

There are some great discounts to be had from national brands to local businesses.

All you need to do is show your staff badge!

The ‘Pennies from Heaven’ scheme allows employees to donate the pence in their monthly salary to charity.

For example, if an employee is paid £745.63 in one month, they will donate 63p to charity. The amount that employees donate will change each month, but the maximum that an employee can donate per month is 99p.

The government will add 25p in Gift Aid for every pound donated.

Employees are asked to nominate their preferred charity and local and national charity are selected to benefit from the scheme.